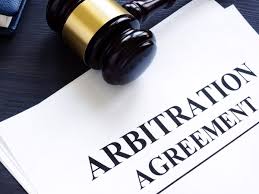 What are Leading Arbitration Institutions of the World

Arbitration is a form of Alternative Dispute Resolution. ADR methods enjoy significant advantages such as lower costs, greater flexibility of process, higher confidentiality, greater likelihood of settlement, choice of forum, choice of solutions etc. Having said that one of the most popular widely recognised and practised forms of ADR is Arbitration.

The arbitration agreement may stipulate that in case of International Commercial dispute or differences arising between the parties belonging to Two different Countries, they will refer their dispute to a particular overseas institution such as:

Institution with pan India presence have edge over standalone ones. Some of the prominent institutions which conduct institutional arbitrations in India are:

INTERNATION ARBITRATION AND ITS ENFORCEMENT

Section 45 of the Act confines only to the question whether the Arbitration agreement “Null and void, inoperative or incapable or being performed” but...

Arbitration is gaining importance in India as the court system is overwhelmed with enormous pending litigation. Many commercial disputes require an appropriate arbitration mechanism to resolve issues more quickly.

Arbitration is described as a proceeding in...

It is a known fact that justice comes with costs and always with delays, especially in a hugely populous country like India. The huge backlog of cases has not helped in painting a good picture of the Indian judiciary despite its best efforts. Therefore, Alternative...